Hello! Kia ora! We are Daniela and Lisandro.

I am Lisandro, a lover of travel. I love meeting people, cultures and different lifestyles.
I studied at the University Tourism and Sociology.
I love reading and listening to music. I lived always in small and medium cities, but my grandparents lived in the countryside and my father grew up there. We had a dog (Terry), two cats (Linda and Morena) and many farm animals (chickens, ducks, pigs and cows). And I always helped my grandmother feed them and take care of the vegetable plot.

Daniela is my girlfriend, she loves pets, especially dogs and cats, meeting new people and experiencing new things. She is journalist and photographer. Is the best "chef" I met in my life, she cooks like a grandma.
She has a dog (Moro), a turtle and fishes. She grew up in Buenos Aires, in a house with six brothers and sisters, and lot of pets (4 dogs, 2 cats, 2 turtles, a duck, a horse, chickens and birds.

We both love seeing new places, tasting new foods, the adventure and the spontaneity that the journey brings.
We enjoy pushing ourselves out of the comfort zone. We enjoy also the personal growth that happens within we through the culmination of everything we experience and the people we meet.
We love the outdoor life and the learning that it implies. Always prefer riding bikes or walking than driving, but in New Zealand we have "Kiwito", our van to travel.
We like the peace of the countryside, but also the lights of the cities. The beach and the mountain.

We travelled a lot around Latin America and Europe, and lived in different countries: Argentina, Brazil, Costa Rica, Nicaragua, Mexico, Spain and New Zealand. We are now in this country, travelling during 2020, want to live new experiences, the culture, the people and their pets.

We love to cook together and drink a cup of wine or beer. We don't smoke and don't use any drugs.

We lived together in Mar del Plata for a year, before started travelling to Europe and New Zealand. But me, Lisandro, lived alone for twelve years in Mar del Plata, where I was studying and working; and Daniela lived with her dog Moro in Buenos Aires for seven years.

We are new as house sitters, but we have more than 10 years of experience in couchsurfing, hosting people from all over the world in Mar del Plata and Buenos Aires, and meeting incredible people when we were travelling around Latin America and Europe. Our profile is Daniela and Lisandro.
We paste some of the references than other couchsurfers wrote to us. Please contact us for the links.

Kati, from Auckland (February 2020). Daniela and Lisandro were awesome guests! We had heaps of fun visiting family, going to the beach, doing a craft project, playing games, sharing food and mate. I look forward to seeing them again, and I highly recommend them!

Sagar, from Sydney, Australia (February 2020)
Daniela and Lisandro were lovely to host. Great guys and fun to be around. I would recommend others to host them as well.

Sharad, from Playa de Aro, Spain (July 2019). It was a great meeting with a gorgeous couple btw they are staying one more day, unfortunately, we couldn't spend much time together but yes we had a great discussion I would like to host them again.

Maria Marta, from Buenos Aires (August 2016). It was a delight to get to know Lisandro. It was good to know that someone so young can also be so centered and clear about his objectives and dreams.
He really helped me make my stay in Mar del Plata safe, fun and easy. He was very caring in many ways: was available and ready to help whenever I needed. He was a great tour guide of Mar del Plata and gave me tips of places in other countries. His cultural background is varied and wide. He is sensitive and wants to keep learning so interesting conversation comes easy.
I found many things in common with Lisandro so I really felt as if I had stayed with an old friend I had not seen for a for a while.

Sidney, from Auckland (October 2019). Lisandro
Is a very nice friendly guy who got on well with everyone in the house.
Cleaned and cooked ,participated with everything that was happening
I would totally recommend him to any Host thinking of having him stay in their home.

Anna, from Auckland (October 2019). Lisandro is a nice guy who stayed with me 3 nights in the bus and got to share chats, jigsaws, acrobatics and fight club. He's great to chat with, and easy to host: I enjoyed sharing my activities with him :-) I hope you make it back to circus and/or fight club while you're in Auckland - it's open, and we'd love to see you again! :-)

Fabien, from Foix, France (May 2019). I've met Daniela and Lisandro in Bariloche, and after just a few minutes, we were already on our way to share a milanesa ! (Thx for the awesome food !) They are the best kind, friendly, and eager to share a lot ! Do not hesitate in hosting them. Hope we will meet again!

Marcela, from Mar del Plata, Argentina (February 2016). Lisandro invited me to Buenos Aires and showed me the city, and I talked a lot about its history and stories. He is an excellent guide. The walk around Avenida de Mayo was the best.
He's very funny, I have a lot of fun with him. We find his friends and go out at night with them.
We cook together! He is a very good host...and everyone would like to host him at home. It is very lovely. He cares about the welfare of others. It was the best experience for being my first couchsurfing.

Anais, from Luxembourg (January 2017). I met Lisandro while being in Mar del Plata during my sailing trip in South America.
Even if his family was visiting, he took time to meet me and made me discover the city, walking around. He is very knowledgeable about the city, I really had a great time.
He is fun and it's a pleasure to listen to his travel stories. We had very nice conversations . If you have the opportunity to meet him, don't hesitate a second !

Ben, from Amsterdam (August 2019). Lisandro was a good guest! Was very open for conversation and was ok with being quiet. We had a great time exploring Amsterdam and was very impressed by everything!

Alejandro, from Mexico (September 2015). Lisandro is a crazy, funny, interesting, open young man, who I met at a conference I organised in end of August in Mexico City at the Museo Estanquillo (Col. Carlos Monsivais) about the art of travelling: tourisms vs. real travellers.....there he was at the audience and soon he told us (about 90 persons) about his experiences, so I asked him to join us on the podium, for which he had the spontanity to come up and actively participate, it gave another dimension to the conference and made it a great success. We became friends and exchanged each other and I really love his way of dealing with people, his interest in travelling, his depth and way of looking at things. Gracias amigo, espero verte pronto:)

Rey, from London (June 2015). I hosted Lisandro when he was in a difficult situation in London trying to find a couch, and it was a positive encounter as he is a great and respectful guy. Open minded and sincere, with that south american energy that I like :-) If he ever send u a request, just host him.

Violeta, from Tianjin, China (August 2015). Lisandro was a great guest, he stayed in touch at all times when his bus got delayed and he jumped right into our house dynamics. He did all the dishes and even cooked arepas for us! Awesome!
Lisandro is friendly, curious and adaptable, all good qualities a real traveler needs... he has experience on the road and will share it with you without hesitating.
See you soon Lisandro, hopefully in Argentina, or maybe in China?

Lisandro & Daniella were excellent sitters who took great care of our pets, and house. It was lovely to receive updates and photos of the pets having fun while we were away! We could relax knowing that they were in safe hands. We arrived back home to a tidy house and happy pets. Thanks for taking good care of them, and best wishes with your travels!

Lisandro and Dani are high-quality house sitters who took care of my property really well and liaised with me promptly regarding mail and any queries they had during the house-sit. Highly recommend them to anyone who is looking for an amazing pair of house sitters and who want to embrace the opportunity to engage with people from overseas and from an interesting Argentinian culture.

Lisandro and Daniela looked after our home and our lively German Wire Haired Pointer pup Woody for 3 weeks over Christmas and New Year. They did a fantastic job, Woody was very happy and the house was spotlessly clean and tidy on our arrival home. They are a lovely couple, and communicated regularly while we were away and kept us updated with pictures of Woody and videos. We would highly recommend Lisandro and Daniela and will be keeping in touch. They are a lovely couple.

Lisandro and Daniela were fantastic - they took great care of our dog Ned, treating him like their own, and the house was immaculately clean when we returned. Daniela also planted in the vege garden for us, which was awesome. Lisandro and Daniela are both super friendly and great communicators. We would welcome them back anytime. Highly recommended.

Lisandro and Daniela looked after our place and especially our cat, Mitzi, so well. Would thoroughly recommend them, and will be definitely asking them back in the future!

Lissandro and Daniela are amazing house-sitters. They were very respectful of our house and most importantly our animals. I would highly recommend them as house-sitters.

Lisandro and Daniela did a wonderful job of looking after our house and two dogs. The house was spotless on our return and the dogs were well walked and very content! We were lucky enough to have Lisandro and Daniela stay with us for a few extra days and we now consider them family. They are a beautiful couple, open and generous who easily fitted in with family life. They are both great cooks! We miss them already. We have absolutely no hesitation in recommending them to others. 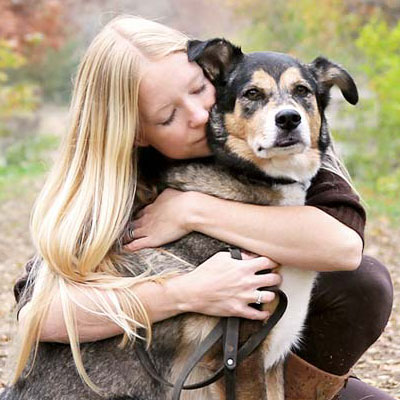 A house sitter provides loving, full-time, home-based pet-care while you're away.

Limited Contact: This member has indicated they may be unable to respond to all messages promptly

ID Verification: The ID of this member has been verified.